Each group of Gibbons consist of two adults and their juvenile offspring. The gibbon species in Veun Sai-Siem Pang Conservation Area was described for the very first time in 2010 in a multinational collaborative effort by primatologists throughout the region and with data contributions from Conservation International researchers at the site.

The gibbons live in perfect harmony with the Kavet people, who consider the gibbons as extremely important. They are not hunted but respected and share the jungle with the Kavet people.
This is in stark contrast with many other areas in Southeast Asia, where gibbons and other primates are persecuted and hunted for bushmeat, for their perceived medicinal properties, or for the trade in pets. That such a healthy population persists in this area is a testament to the importance of the site and its relatively untouched nature.

The site is managed by a community-based ecotourism group made up of democratically elected community members. All profits which go to the community are spent by the community on developing the community. Local people are also employed in positions such as trackers, guides and wildlife enforcement, which help maintain the forest and wildlife for their long-term benefit.

Like many forests in Asia, illegal activities are increasingly damaging this forest. External markets drive illegal hunting and logging for luxury timber, while small-scale agriculture chips away at the edges of the forest. Tigers were once found here, but in the last few years none have been recorded — a stark reminder of what could happen to other species without increased conservation efforts.

The new ranger station of Veun Sai-Siem Pang will combat these threats through increased forest patrols, targeted crackdowns on known wildlife traders, partnerships with local communities and education outreach, backed by a solid research program. By dispatching rangers in the field, we’ll receive real-time information on what’s happening out there in terms of illegal activities, so we can adapt our strategy as the situation changes. 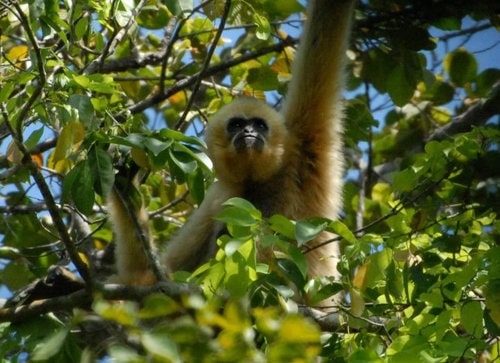