One of the caves some ten kilometers east of Kampot is housing an old, pre-Angkorian shrine. It's situated in a mountain called 'Phnom Chhnork'. The shrine is dated back to the 7th century CE. Since this time marks the transition of the declining Funan civilization and it's successor Chenla, it's not clear for me to which of both it belongs. Presumably it was used by both as a sanctuary.
Before the shrine was built the cave was already inhabited since long. Ceramics who were found in the caves were dated back thousands of years. A few years ago there came barely a soul to the site, but now the entrance is made-up and the unavoidable cash-box is installed.
Eager kids ask to guide one's vehicle if coming self-organized, and other kids ask quite sassy for "pay, pay, pay ticket!". Superfluous to add that the guys who charge entrance have no clue about the site's background. Most of the touristic visitors go to Phnom Chhnork by an organized tour from Kampot town. 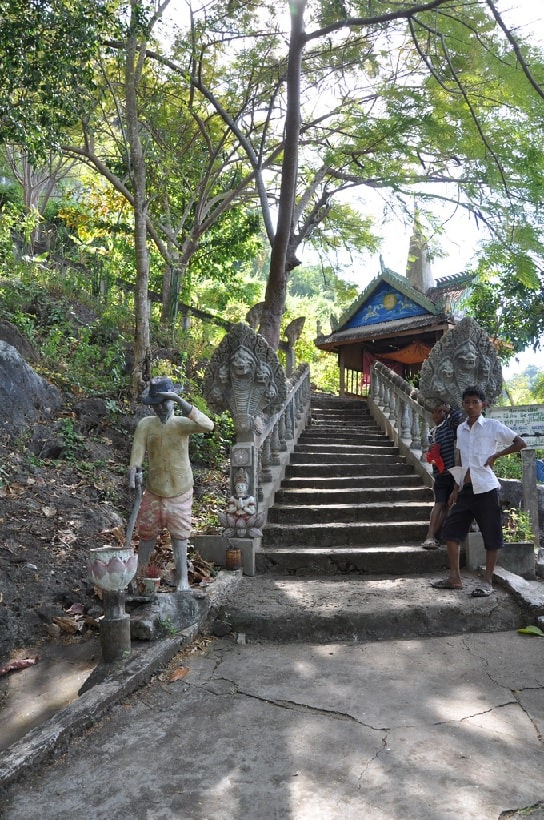