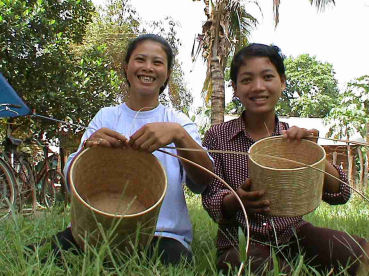 Language and communication: The official language is Khmer. English and French are widely spoken and practical in conducting businesses.

Language Khmer is the language of Cambodia. Some of the people older than 50 can speak some French. Most all the students in Cambodia learn English. Most all of the tourist places you will find  some English speakers. Several foreigners have businesses here from over 40 different countries, speaking their native languages. Tourism is still new to Cambodia, so you might like to try using some Khmer words such as "Please" and "Thank You" and you should be pleased by the response.

The language started in India... thousands of years ago.

And came to Cambodia at least 1,300 years ago. We know this from examining the writings on the temples of the Angkor Wat complex. Also, the sounds of the current Khmer alphabet are very similar to the modern day Hindi alphabet and several words sound similar. The writing also has many similarites.

Since those times, the Khmer writing has been made much more complex (and difficult to read) by adding letters and extra swirls and lines to the the letters.

This original Hindi language is one of the root languages, not only of Khmer (Cambodian Language), but also of Thai, Laotian, and Burmese. While the written system of the language has many similarities throughout all these countries, the numbers are all written the same or very similar.

Khmer is written from left to right, top to bottom, withnospacesbetweenthewords and with very little punctuation There are 3 styles of writing: a script type which is used in handwriting, a block form used in books, magazines and newspapers, and a rounded style used on signs, titles of books and magazines, and in places on official documents and formal invitations.

The Khmer alphabet is considered to have 33 consonants and 23 vowels. There are many more consonants and vowels not included in the standard alphabet. No one knows how many.

The spoken language has no particular tone, as the Thai and Vietnamese languages do. There are no regional dialects, but people from the countryside do speak a little differently from the people in the cities 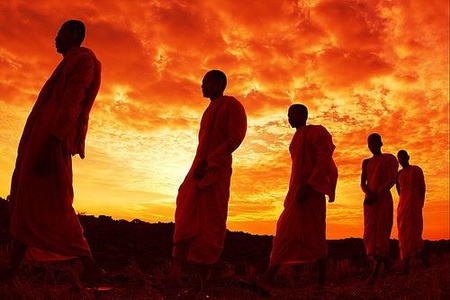 Where are you coming from?
Mao pee na?

I don't want it
Awt yaw or Awt chung baan

Yes (for a man)
Baat

Yes (for a woman)
Chaa

When visiting temples and mosques men and women should dress appropriately: no skimpy clothing. Knee-length shorts are acceptable, but running shorts are not. To visit one of Phnom Penh or Siem Reap’s more exclusive restaurants you will require reasonably smart clothes. If you do forget anything you believe is essential you will almost certainly be able to pick it up in Phnom Penh at one of the many very good markets.