It is the afternoon, and the men are hunting, just a few women and children in the village - more will be returning (on foot) from Banlung market. The Kreung plant rice in the wet season, and hunt the forests for bushmeat in the dry season. Villages are made up of a ring of stilted huts of varying size, around a central meeting house - and in this case the village well. A guide who has some knowledge of the language (they do not speak Khmer) is a must - longstanding relationships with the villagers enable some sort of communication, whether asking permission to take a photograph, or finding out about hunting techniques.

As well as the meeting room, we see the sacrifice "place" - where buffalo are tied and immobilised before sacrifice, and the famous (high) stilted houses that unmarried adolescents live in, separated from the opposite sex, living several metres above the rest of the village. Walking around, I feel a lot more comfortable than I thought - we chat to people cooking rice on charcoal stoves, an old man stripping bamboo for weaving complaining that young people don't want to learn the traditional skills anymore (an almost identical complaint I had heard from a bamboo weaver in Hoi An a few months before!), and keep bumping into curious children. While we are not far off the beaten track, a white face is still unusual enough to gather some attention. My guide explains that the villagers have less and less forest available to hunt, and will probably move soon, to get further away from the expanding city of Banlung - while there is some evidence of modern life improving the villagers' quality of life, this is a people who do not want to be part of modern Cambodia. I wish them luck. 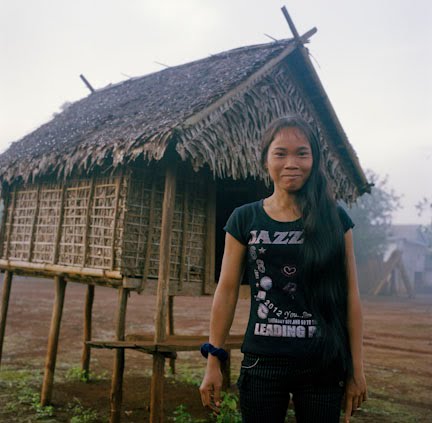 When a girl in the Kreung tribe reaches the age of puberty -around thirteen years old for most - her parents will build her a special, small hut (a love hut) next to the main family hut so she can move in and spend the night with as many men as she chooses, in order to find the right one for her.
This may jar with our Western notions of morality and women’s rights, but to the Kreung people who live in the jungle and mountainous areas of Ratanakiri province, encouraging experimentation is the only way to produce confident, young women who make their own choices and also their own rules about sexual conduct.

The love huts tradition may seem risky to our western minds - a recipe for rape, unplanned pregnancy and unhappy relationships, but actually the elders report that divorce is rare and rape is unheard of.
If a girl gets pregnant by a man who doesn’t love her, but another boy does love her he will marry her anyway and bring the baby up as his own.
The Kreung use condoms and before that they had an old tradition of “drinking a cocktail of wood, alcohol and a centipede…  It's their version of the morning-after pill.
The Kreung have low divorce and separation rate. 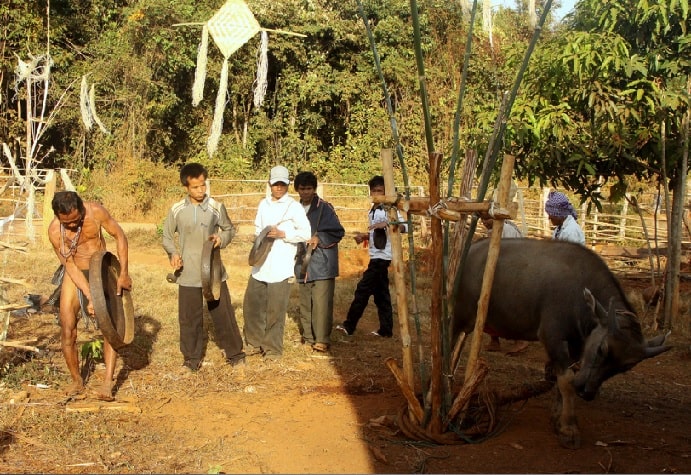